Do firework and pyrotechnic shows make you smile in awe? Do the smell of gunpowder and the sight of flames excite you? Do you look forward to seeing the New Year’s celebrations around the world mainly because of the firework display? If you had to nod your head in agreement while reading any of these questions, then Las Fallas de Valencia is your type of celebration and an excellent choice for a holiday trip during March. This is one loud, smoky and lively event where the whole town is literally set ablaze while everyone gathers out in the streets and watch the once in a year event.

Spain is a country known for its unique and odd fiestas, such as San Fermín, and Las Fallas de Valencia might as well be the mother of all Spanish festivals. Las Fallas literally means ‘the fires’ in Valencian, and is undoubtedly one of the best, craziest and most unique events taking place in Spain. If you are still figuring out where to go to on holidays in March, you might want to stop looking and move onto planning because you’ll soon discover why travelling to Valencia in Spain is your best choice. 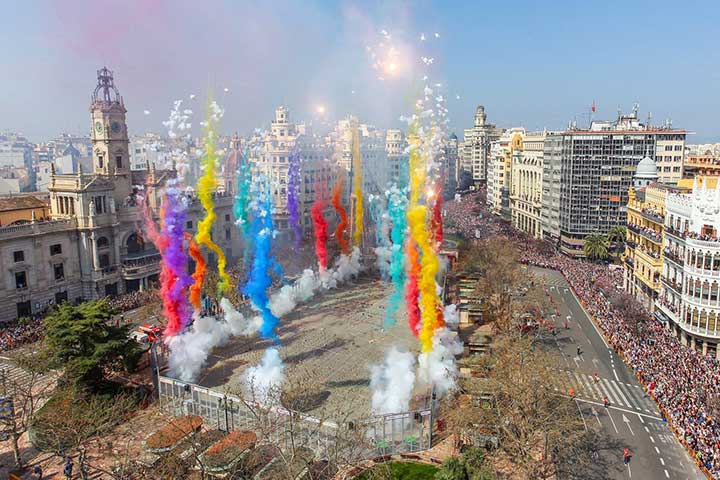 An Introduction to Las Fallas

Every year, the Spanish city of Valencia bids farewell to the winter season and welcomes spring in a rather peculiar way. The streets fill up , and the city springs to life: Valencia’s population increases from the usual 1 million to 3 million people during the celebrations. The atmosphere, the hustle and bustle of las Fallas de Valencia festival is the ultimate expression of the merger of tradition, satire, art and sentimentality for one’s homeland. The city and its people live their most international fiesta to the maximum, and the kind, natural and welcoming atmosphere is inviting and worth experiencing. 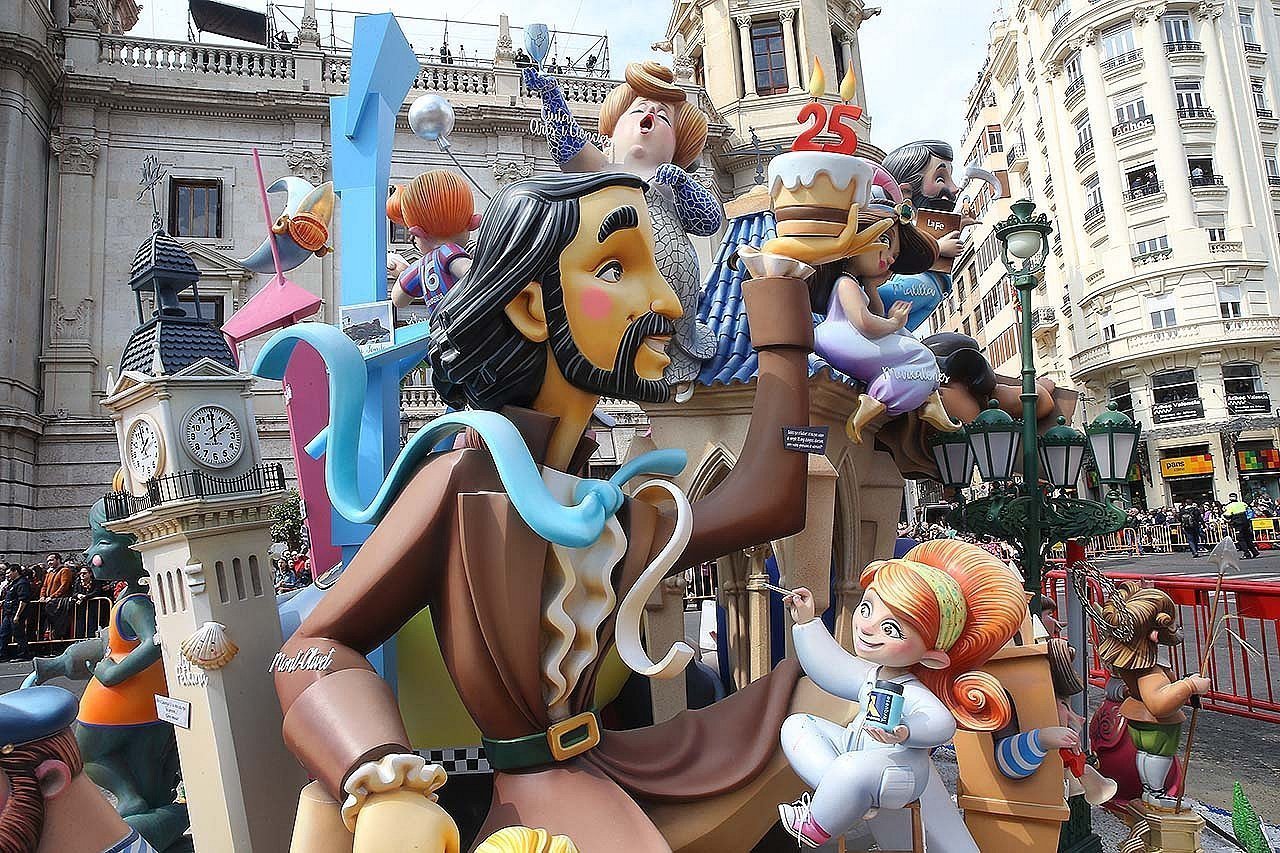 Las Fallas: What Can You We Expect to See There?

The main attraction of Las Fallas de Valencia is the creation and destruction of ninots (“puppets” or “dolls”) and, consequently, the entire falla. During several months, people work on their falla, which is a collection of multiple ninots. The ninots are colossal statues made out of cardboard, wood, papier-mâché and plaster.

These figures are remarkably lifelike and usually depict improper, satirical scenes inspired by current political or public events. Poking fun at politicians, celebrities and Spanish public figures seems to be the theme spurring and giving life to most ninots. Each neighbourhood sponsors and manages its own falla, and throughout the year several thousands of euros are spent in the intensive creation of the ninots.

The culmination of such arduous work comes on the day of la plantà (the rising) when, with the aid of cranes and incredible logistic work, these several stories tall figures are lifted around the city and displayed for the amusement of locals and visitors. The ninots remain in place until March 19th, when on the day known as La Cremá (the burning) they are set on fire at midnight. Symbolically, the “Falleros” throw everything that is considered to be superfluous, harmful or merely unusable onto the bonfire and, by doing so, aim to make a new start and renew the spirit. Regenerating the mind and soul has been the objective of this kind of pagan rite since ancient times. 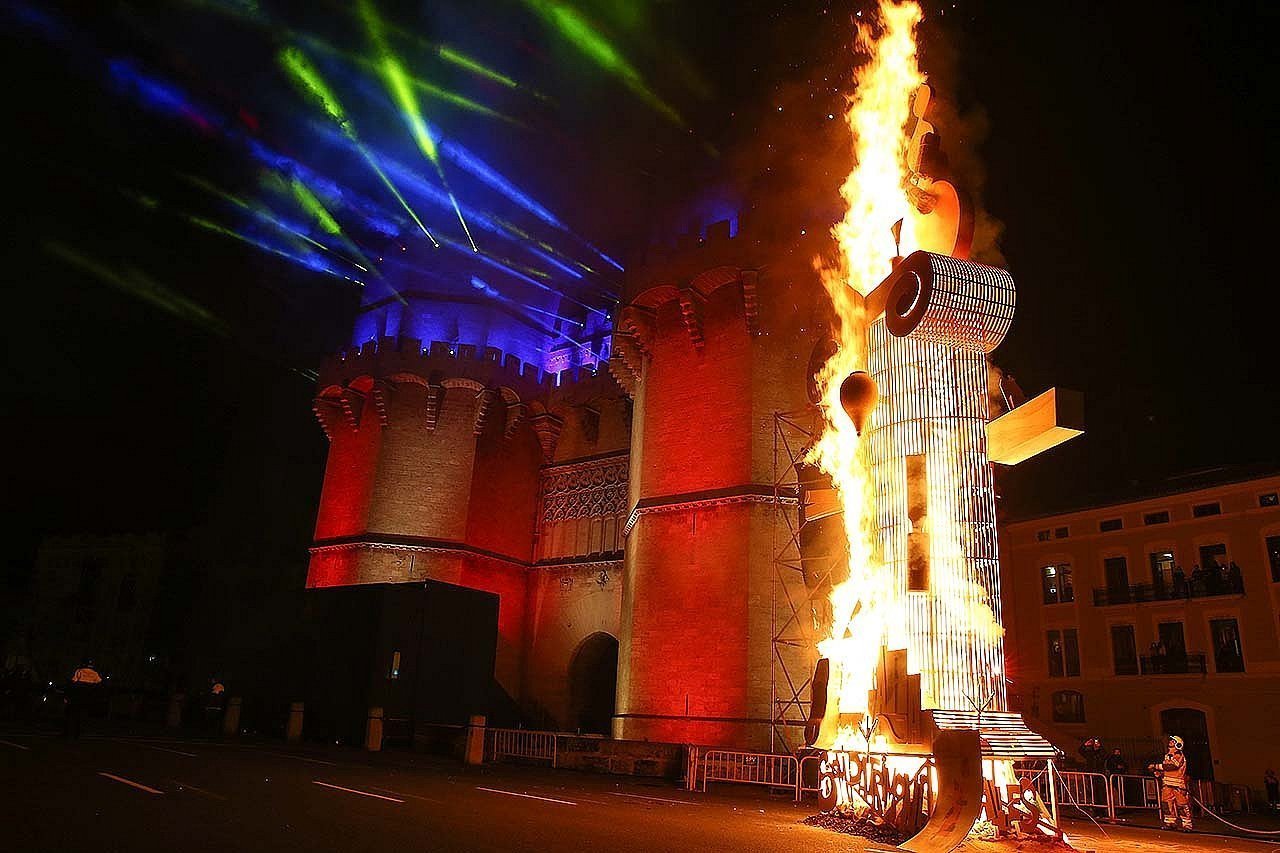 Each year, the people of Valencia decide to spare one of the ninots from being set ablaze and burning down through popular vote. This ninot is called the ‘ninot indultat‘ (pardoned puppet), and after the celebrations are over it is moved to the local Museum of the Ninot along with the pardoned ninots from previous years. If for some reason you just can’t make it to Las Fallas de Valencia, now you know where you must go to get a small taste of this celebration.

Like with most festivals, during Las Fallas de Valencia, one person is chosen as the face and leading representation of the celebration. The woman recognised as the Queen of the Falla is called the Fallera Mayor. Each falla community has one, but only one is chosen to be the Fallera Mayor of the entirety of Valencia. She is the face of the festival, the representative of the Fallas, and will make many ritual visits to Valencian organisations, as well as preside over all main events.

The origin of Las Fallas de Valencia is a bit mysterious, but most consider the fires as an evolution of pagan rituals that celebrated the start of spring and the farming season. Back in the sixteenth century, Valencia used street lights only during the long nights of the winter. The street lamps were hung on wooden structures, and as the days became longer and the street lights were no longer needed, the wooden structure that they were hanging from was ceremoniously burned on St. Joseph’s Day.

Today, and regardless of the actual origin, the people of Valencia are faithful to their traditions and continue to honour St. Joseph, the patron saint of carpenters, in the only way that they know how. The traditional celebration has evolved into an internationally acclaimed 5-day multifaceted festival that involves around-the-clock festivities, parades, flower offering, music and live concerts, paella-cooking competitions, festive bonfires and of course, some of the best and most extended firework displays in the world. During the days leading up to La Cremá, you’ll notice spontaneous fireworks display, but the highlight is the daily mascletá that takes place at 2 pm at the Plaza del Ayuntamiento – keep an eye out for this event! 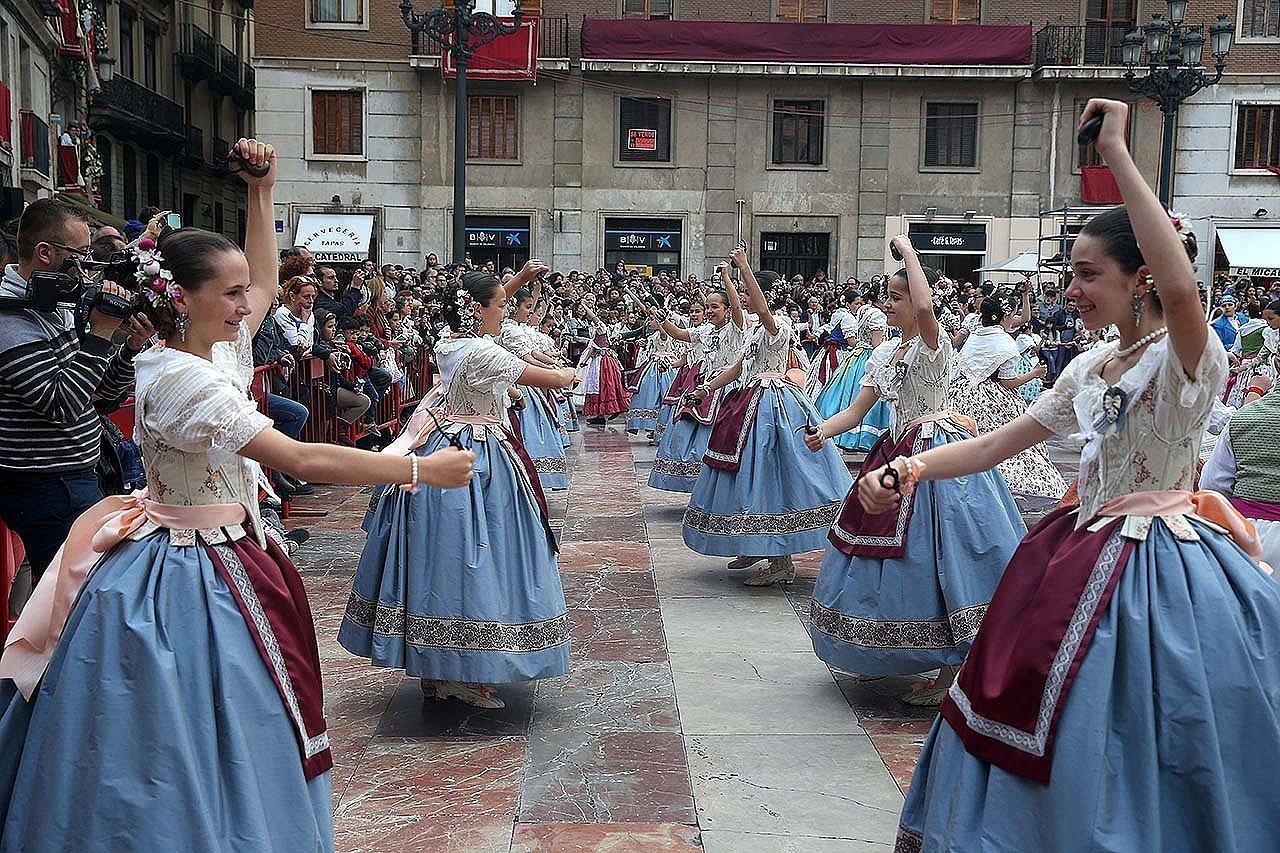 Such exceptional and one-of-a-kind celebration led UNESCO to consider Las Fallas de Valencia a Cultural Intangible World Heritage in 2016. Do not hesitate to be part of it with us at Lugarex!

Each year, Valencia welcomes over 2 million visitors to this unique celebration. This year, we look forward to welcoming you too!