Your ultimate guide to the Spanish Carnival

In Spain, there are plenty of reasons to celebrate, and the country’s events calendar can give people the impression that we cannot go long without holidays. Even during what is supposed to be the ‘quietest’ time of the year, such as between Christmas and Holy Week, Spaniards find a reason to celebrate. ‘Carnaval’, as it is known here in Spain, takes place in the week leading up to Lent, and this is usually around mid-to-end of February. Out of all the ‘fiestas’ our country is known for, Carnival Spain in February is, without doubt, the liveliest, most colourful and vibrant event of the year. During Carnival, the country is full of smiles and fun, people dressed in costumes and masks fill the streets, and you can quickly run into superheroes, villains, pirates, zombies, medieval knights, and all sort of fantasy characters as you walk through the streets of some cities. 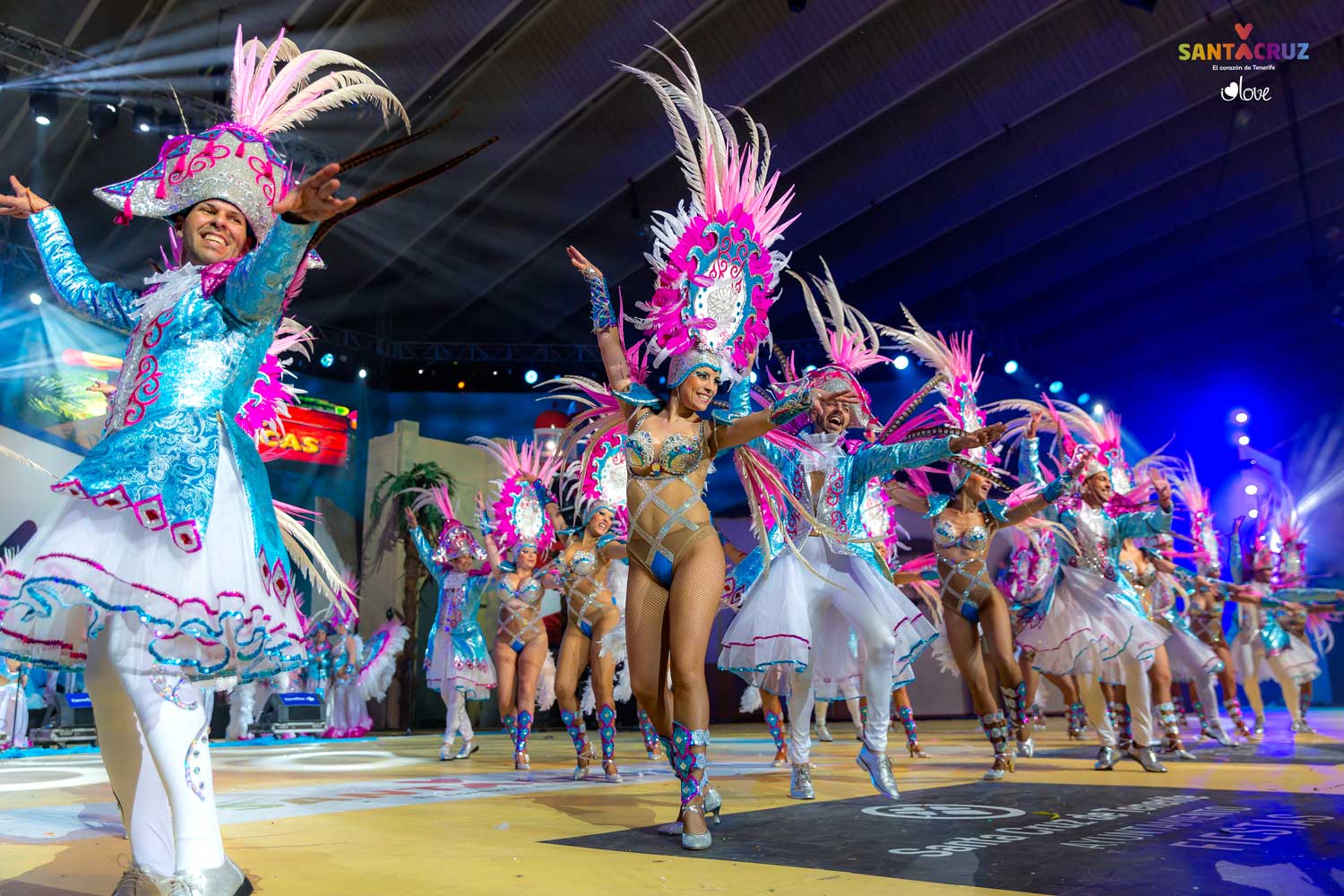 The general belief is that Carnival originated from a Roman celebration, and that it extended throughout Europe during the Middle Ages. Back in a time when moral and food restrictions were imposed on followers during Lent, parties where people ate and drank without control took place, apparently as a farewell before the start of the fasting and abstinence period. Although some people and authorities throughout history have tried to stop and ban Carnival Spain celebrations altogether, the festivities have survived and even grow in popularity.

In Spain specifically, Carnival is celebrated nationwide, and the country, as diverse as it is, boasts many variations to its Carnival traditions. However, if you are after the biggest and best Carnival Spain celebrations, then you must head to the Canary Islands, Cádiz or Sitges. These places are where the locals who play host to the festivities, visitors, critics and enthusiasts agree that you get the most spectacular and authentic taste of the Carnival in Spain.

Tenerife, the largest and most populated island of the Canary Islands archipelago, is home to the country’s wildest, longest and best Carnival celebrations display. While Carnival usually only lasts five days, Tenerife goes in for it in a big way, and, on the island, the celebrations can last up to three weeks. In many ways, Carnival in Santa Cruz de Tenerife emulates the worldwide famous Rio Carnival in Brazil. Expect to see a magnificent show of art and beauty that includes colourful parades and dancers wearing sparkly costumes with feather headdresses. Live street parties with Latin music, dance, and singing competitions are found throughout main streets and avenues. Last but not least, look out for the pageants taking place to elect who will be crowned Carnival Queen, Children’s Carnival Queen, Senior’s Carnival Queen, and the Carnival Drag Queen during this Carnival Spain festival.

Contrary to all the glittering costumes and elaborate floats that Tenerife’s Carnival is known for, in the coastal city of Cádiz, the approach to the Carnival is all about humour and wit. You will find the city streets flooded with groups of troubadours in costumes, singing and playing musical instruments. Politicians, celebrities, and well-known figures within the community often become the inspiration of the many satirical songs played by the musicians as they parade throughout the city. Finally, watch out for the daily firework displays and competitions that complete the celebratory itinerary during the Carnival Spain celebrations.

This coastal town, half an hour south of Barcelona, hosts a legendary carnival celebration. Particularly famous within the LGBTQ community, Sitges Carnival focuses on parades, outrageously extravagant costumes, and some of the best parties in the country. This carnival’s popularity has grown so much that it attracts over 250,000 people each year, including the best drag talent from across Europe and the rest of the world. If Sitges ends up being your city of choice to spend your Carnival in Spain, you will not want to miss the Rua de la Disbauxa and the Rua de l’Extermini, both famous themed parades that show off decorated carriages and some of the most daring, brightest costumes you have ever seen.

If you cannot make it to one of the top three choices, but find yourself in Madrid between the 9th and 14th of February – click here to check all that you need to know about the Carnival Spain celebrations in the capital city.

After this brief on one of Spain’s most celebrated and exciting events of the year, we can only encourage you to pack your best costume, a good mask and your party mood and make your way to Spain to celebrate with us at Lugarex!

The Spanish Carnaval is the liveliest, most colourful and vibrant event of the year.