Zaragoza is the capital of Spain’s Aragon region, located in the northeast of the country. Every year in October, this city comes alive in a celebration that lasts for around nine days with the Pilar Festival (Fiestas del Pilar) as the main event taking place on the 12th of October. The Pilar Festival is a wonderful celebration of culture and history and if you are planning to be in Zaragoza in the week leading up to the festival, don’t forget to take your party clothes with you. 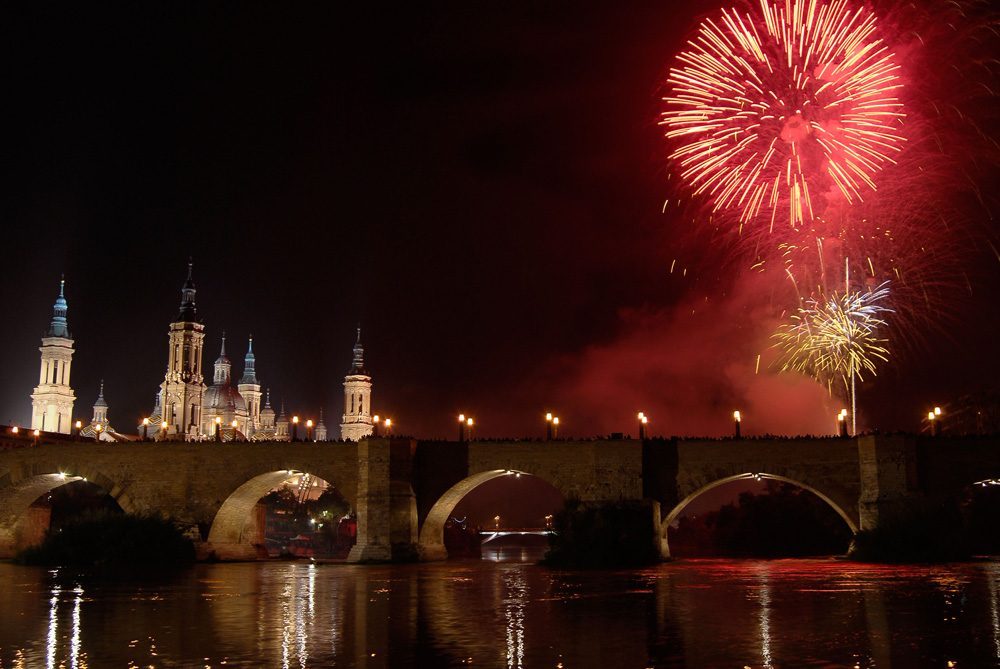 The reason for this internationally recognized festival has its origins back in 40 AD when St James the Apostle came to this area to spread Christianity to the mostly pagan population. On the eve of January 2nd, the Virgin Mary is supposed to have appeared to him on a marble pillar and asked him to build a church on the land upon which he was standing. Today the magnificent Basilica del Pilar, which was designed in 1681, stands on this spot and it is Zaragoza’s most recognised landmark.

While you are in Zaragoza you can also head to the beautiful natural park of Monasterio de Piedra (Stone Monastery). Here you can enjoy the lush vegetation and rock formations created by the erosive action of the Rio Piedra. You can also visit the monastery that was originally built as a defensive fort by the Moors. The monastery complex includes a display of carriages and museums devoted to chocolate and the Calatayud wine region.

If you are the type of person who likes to make the most out a trip then Zaragoza and its surrounding won’t disappoint.

A wonderful celebration of culture and history.