Logroño goes all out to celebrate the Rioja Wine Harvest Festival, known traditionally as the festivities of San Mateo. Logroño is a stately wine-country town where wine lovers will be able to discover and experience the pleasures of the Rioja tradition, the perfect place to learn everything about renowned Spanish wine, Rioja. On the international stage, wines from the la Rioja region are the most famous with an annual production that surpasses 250 million litres so you can imagine the enormity of wine harvest celebrations here.

The entire town is filled with colour and joy in a celebration where wine and grapes take centre stage. The festival is of a marked traditional character, and its origins go back to the XII century. Since 1956, the celebrations began to be known as Fiestas de la Vendimia (Harvest Parties or Festivals), given the proximity to the time when grapes are collected and marking the beginning of this challenging season.

The firing of the rocket supposes the beginning of the celebrations. From the balcony of the Town Hall, the mayor of the city, together with the Vendimiadores Mayores, a boy and a girl chosen to represent citizenship at this time, start the festivities with a brief speech and the launch of the rocket that gives rise to the seven days of celebrations. 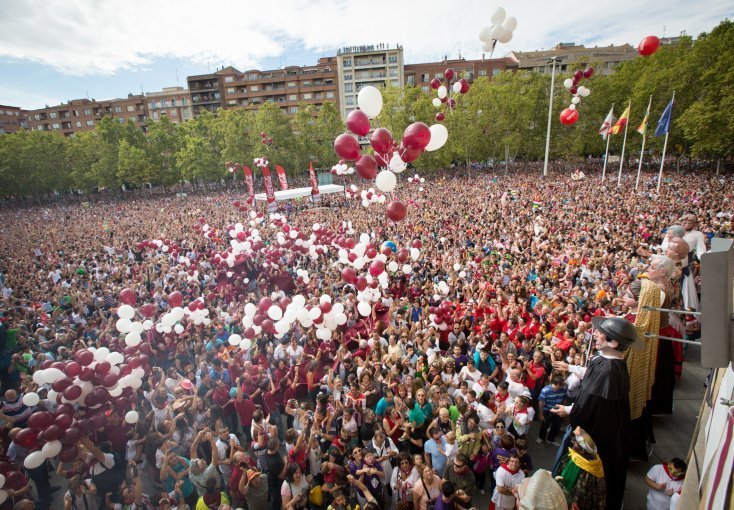 One of the most important traditions in the festival are the ‘chamizos’. These are premises enabled by the ‘peñas’ (communities) of the city and by different collectives, in which ‘zurracapote’ is offered for free to the fairgoers. Zurracapote is a drink similar to sangria (wine, fresh fruit, sugar, liquor) very typical in all the festivities of La Rioja and its area of influence. It is traditionally drunk in porrón (glass wine pitcher), and it is offered to anyone who is interested in accepting such wonderful (and refreshing) gesture. 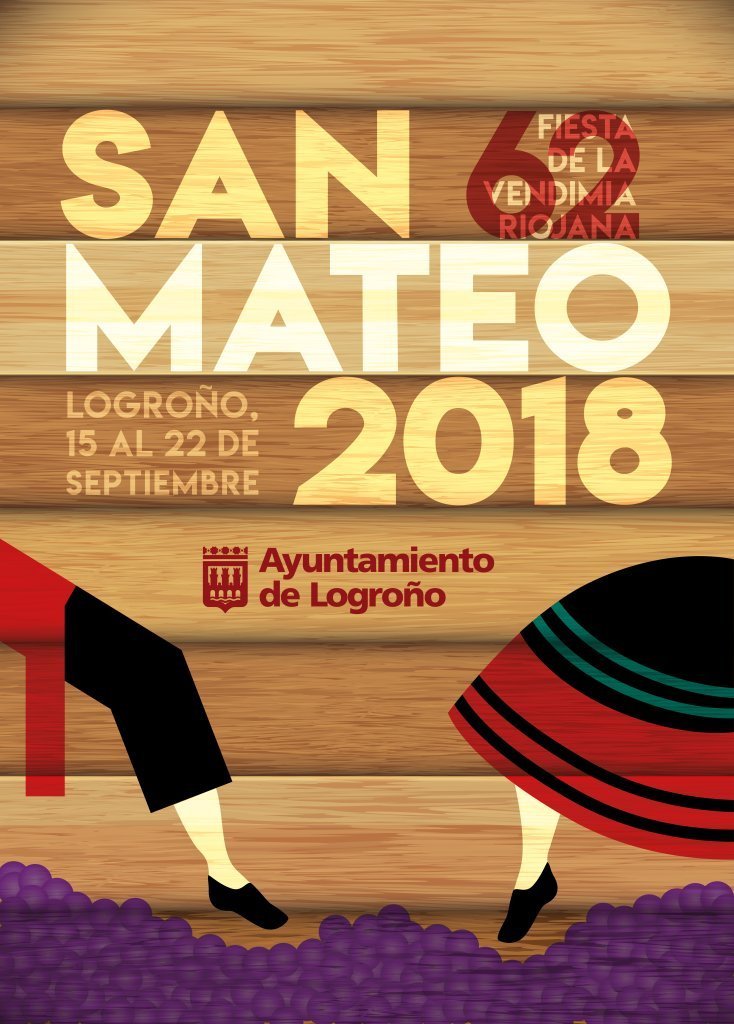 In addition to all the activities surrounding grapes and wines, there are numerous others on offer, including morning bull runs and evening bullfights. Loyal to Spanish fiestas and its traditions, there are also firework displays, parades, music bands, and live music and all these contribute to the joyous atmosphere that can be felt the moment you drive or walk into town. But, when in la Rioja one must always be in contact with the best produce of the region and during the festival you’ll have the unique opportunity to participate in the traditional foot-crushing of grapes alongside hundreds of fellow festival goers.

The festival’s origins date back to the 12th century. After the city of Logroño obtained the category of a village, it was given the right to hold an annual fair that with time evolved into a prosperous trade centre. The fun and festive character of these fairs started gaining importance, and this is how wine, the fruit of Rioja land, is introduced into the medieval markets of the Logroño village.

The most prominent Fairs in the region took place on Thanksgiving in September. The people of la Rioja appreciated the harvest. King Fernando VII in 1818, and later Queen Elizabeth II in 1845, endorsed the celebration of these fairs. A Royal Decree of the queen granted permission for the festivals, which were held at the beginning of September, to be moved to the dates of September 16 to 23. Finally, the main celebration was set on September 21, coinciding with the day of San Mateo (Saint Matthew), who was a tax collector and ended up becoming the patron of the merchants.

Today, the festivities of San Mateo and Vendimia are the busiest in la Rioja. In these days the ‘riojanos’ (the people of la Rioja) offer the fruits of the harvest and the first must to its patron, the Virgin of Valvanera and celebrate the beginning of the crop by asking the Virgin to bless and guarantee positive results during the season.

Discover the pleasures of a deep-rooted tradition. It is almost impossible to imagine this region without wine and the significance of it in the history and culture of the place. Unique flavours, gastronomy, culture, vineyards, village festivals, pride and so much more…

Look, listen, feel and savour the charm and gifts of this glorious region of Spain. Come and visit la Rioja!

Every Year in September